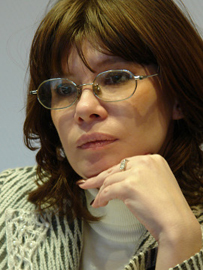 Executive Director of BL GROUP Managing Company, member of the Board of Directors.

Russian Academy of Public Administration under the President of the Russian Federation
Specialization – law.

Post-graduate student at the Financial University under the Government of the Russian Federation
Thesis subject: “Protection of the rights and interests of investors executing energy service agreements”.

Order “For Merit to the Fatherland” 2nd class (under the Decree of the President of the Russian Federation No. 178) – 2009.
Letter of acknowledgement for a great contribution to the implementation of the state financial policy and for the distinguished and effective work (order of the Governor of the Kaliningrad region No. 28-r) – 2009.

If you want to be happy, be.
Partnership
To planners
Customers
Students
We are looking for professionals in our team
Find out who we need
Вход