The Svetoservis-Moscow Region company, which is a part of the BL GROUP, this year is implementing projects to modernize outdoor lighting systems in various cities of the Moscow Region as part of municipal improvement and energy efficiency programs. The contracts were concluded by our division with the administrations of the respective city districts based on the results of electronic auctions and tenders for placing a municipal order. 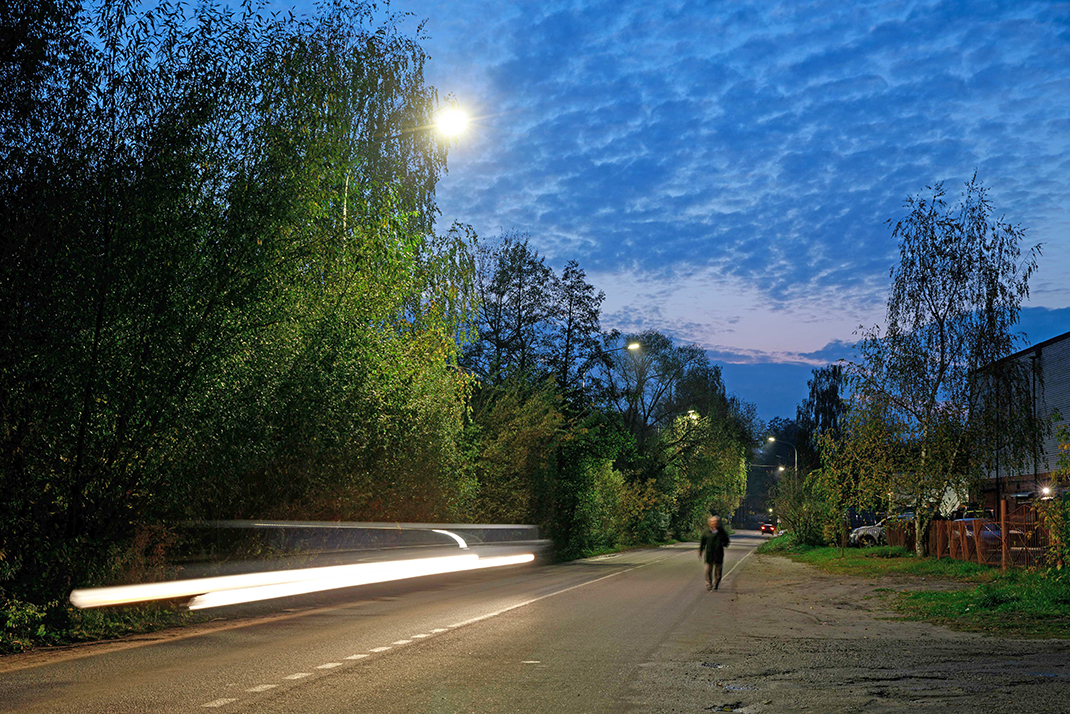 As part of the contracts, our specialists replace outdated devices with sodium luminaires with domestic energy–efficient LED luminaires of the GALAD trademark manufactured by the enterprises of the Corporation - Tver LZSI "Svetotekhnika" and located in Kadoshkino (Mordovia) CATZ. All luminaires are distinguished by reliability, high quality characteristics, modern design. Unlike luminaire luminaires, LED luminaires consume almost 3 times less electricity and last 5 times longer.

Two projects will be carried out in Yegoryevsk. On the streets of the city and in nearby rural settlements, 2,328 GALAD Triumph LED LED luminaires of various capacities will replace outdated devices with sodium luminaires. 1,049 similar luminaires will be installed in the courtyards.

In Mytishchi, on the streets of the city, our specialists will replace 1,406 outdated luminaires.

The city of Sergiev Posad will modernize the lighting of a number of playgrounds. GALAD luminaires of housing and communal services 21 Helios will be used for them.

In Shatura, 1,810 GALAD Triumph LED luminaires will replace outdated sodium devices.
Partnership
To planners
Customers
Students
We are looking for professionals in our team
Find out who we need
Вход